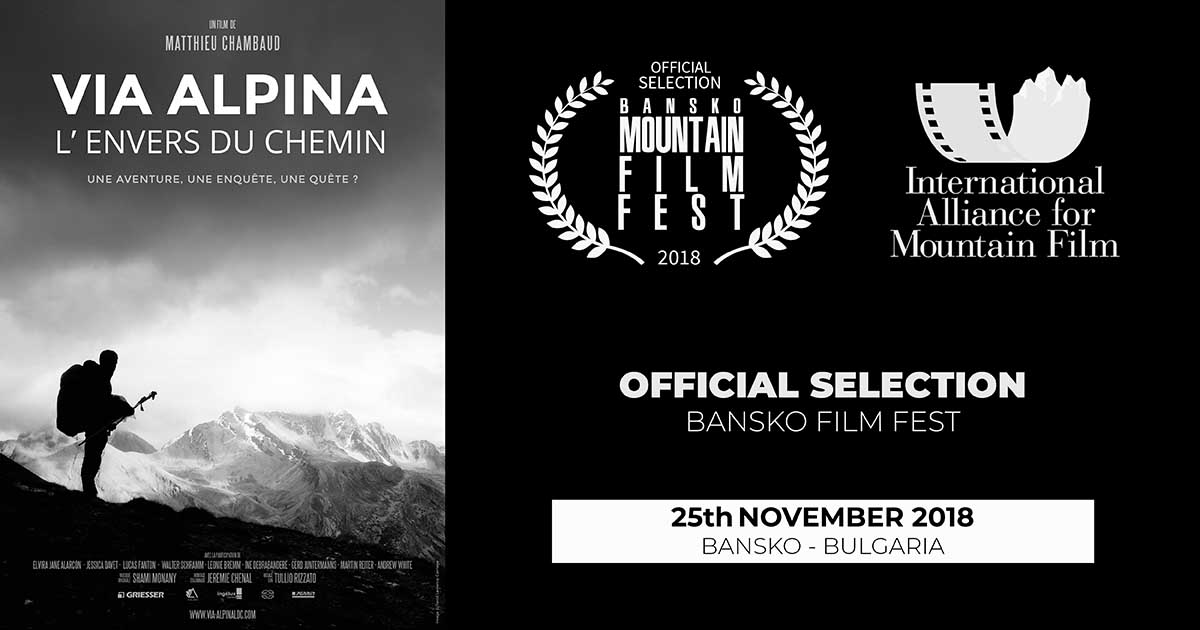 The film VIA ALPINA – BEYOND THE TRAIL is selected for the 2018 edition of the international festival Bansko Mountain Film Fest to be held in Bansko (Bulgaria) from November 21 to 25, 2018.

Established in 1998 and held in the beautiful mountains of Bansko, the Festival is the first of its kind in the Balkan region. The event is a unique platform for film-makers from around the globe, featuring new and exciting works on mountains, mountain peoples, mountain and extreme sports and adventures. It is a competitive Festival that brings together films and film-makers from all over the world in an enjoyable gathering to appreciate each other’s works and discuss ideas and issues related to highland dwellers, cultures and the environment.

This festival is a member of the international Alliance for Mountain film (IAMF) which gathered  24 prestigious moutain film festivals in 18 countries in the world.

5 days 4 cinemas 100 films from around the world on the theme of extreme and mountaineering, as well as documents on the nature, travels and cultures of peoples in danger!